Your pet snake is going to bring you many hours of enjoyment. But, there will come a time where they may do something that you think is unusual like burrowing. You want to know if this is normal. What if it's a sign that something is wrong with the snake's health? Or there is something wrong with their environment. This is what I was concerned about when I saw my pet snake was burrowing.

Some snakes are nocturnal which means they like to sleep during the day. They also like to hide. This allows snakes in the wild to avoid their predators and helps them to maintain a regular body temperature.

In this post, I am going to explain in detail what I discovered about my snake's burrowing. Then I will explain what the solutions are. If this is a problem you are dealing with, you are going to have the answers.

Being new to being a pet snake owner I had some things to learn about how snakes behave. This way it would help me to identify anything that might be unusual behavior just like this snake burrowing.

Although the wild snake may be the same species as your pet snake their feeding habits may be different. One thing they both have in common is they have a hunting instinct that comes naturally to them. I want my pet snake to feel as much at home as possible so I try to feed him so he can mimic the way in which he would hunt for food in the wild. This way it keeps his natural instincts sharp and he's happy. I wasn't sure if this approach was causing him to burrow.

The Color Of The Food

I learned that snakes are used to the color of their prey in the wild which is usually small brown animals like rodents and small rabbits. The mice that I buy from my pet store are white and this made me wonder whether this was confusing my snake and he was burrowing to get away from it. I had two choices which were either to be persistent and get him to adapt to the white mice or to find another supplier and I chose to do the latter. The burrowing still continued.

The Temperature of The Food

Another characteristic of snakes in the wild is that they detect heat coming from their prey. When I was using frozen prey I soon realized that my pet corn snake was eating because it was time to eat and not on his natural hunting instincts. So that's when I switched over to the live prey.

Feeding At The Right Time

I thought that perhaps my snake was burrowing because I was feeding him too much and therefore disturbing him. I know that in the wild they usually eat at night so this is the timetable I use for feeding.

Was Shedding The Problem

I had noticed that when it was close to the time for him to shed his eyes had a milky look to them. At first, I didn't realize that this was a normal sign of shedding. As they also shed the skin covering their eyes. During this time he didn't have an interest in his food. I learned this is because of impaired vision. Perhaps this was the reason he was burrowing but later discovered this was not the problem.

Eliminating the possibility that feeding was the problem next took me to look at my corn snake's environment. Did I make some mistake with what I was providing?

I had chosen a long glass 20-gallon tank and this seems to be providing enough room to allow for his growth. I also made sure the lid was a tight fit as he seemed intent on finding a weakness in this so he could escape.

I wondered if it were possible that my fellow was burrowing because of the temperature of his home. Was the heat lamp too warm or too bright? Corn snakes prefer room temperature and not tropical temperatures. I maintained a day temperature of between 50 to 85 degrees as I noted he likes to bask when the heat was at 85.

Humidity was not a problem. He was able to shed normally which is optimized when the humidity is around forty to fifty percent. During the winter months, I use a hygrometer to monitor the humidity. Then if necessary I will mist the tank. Or sometimes I will fill an evaporating water bowl.

Was This Normal Behavior?

After going through all the possibilities of trying to determine if my corn snake's burrowing was normal behavior I did realize that the possibility was yes. It's  normal for many snakes to like to burrow. What disturbed me was that this was a new habit and not one that he exhibited when I first got him. So I was not convinced that he was doing this as part of a normal routine. That left me two more things to consider.

The Problem With The Hide

I finally realized that the problem was my corn snake just wasn't getting enough privacy. The tank was big enough and that was part of the problem. There was plenty of space for him to roam but nothing for him to hide under or in. I was so intent on providing him with enough space that I overlooked his need for hiding. Thinking about snakes in the wild they naturally take over the hiding spots of many of their prey. I was not giving my corn snake the same opportunity.

Shopping For The Best Solution

I was relieved to have discovered that the problem seems to have been the hides so now I need to shop for the best solution.

What Was The Best?

I now knew that I would do best for my corn snake if I purchased not one but two hides. One for the cool side of the tank and another for the basking area.

The Characteristics of the Hide

Most snakes like to hide in small spaces and my corn snake would be no different. It has to be large enough so when he coils up he will not be touching the sides.

Good Choices For The Basking Area

There were plenty of great hides to choose from so I began by looking for one for the basking area. I wanted this to be different from the one for the cool side. I chose the Zilla Vertical Decor For Reptiles for several reasons.

It had a suction cup that could be attached to the side of the glass. This would give my reptile the chance to get off the floor and get some exercise. Also with the shelf design, he could use it to bask on. Then instead of burrowing to get some privacy, he could go into the enclosed section which was big enough without being too big.

The other benefit to this hide is it was natural looking. Creating a more natural environment I felt would be less stressful for my pet snake.

Good Choices For The Cool Side

For this, I chose the Exo Terra Hagen Reptile Cave. After reviewing it's features I knew it would replace the need that my corn snake had for wanting to burrow. Some of the features I liked were:

The entrance is big enough for him to enter. But not so big that it allows too much light in which might impede his privacy and security.

Going For A Third Option

I wanted to be absolutely sure that my corn snake was getting the very best living environment and would have no reason to burrow other than he wanted to.

To make sure of this I also invested in the Galápagos moss hide I wanted to be sure that if was dealing with humidity issues this would be the solution.

Although I was confident that I was maintaining the proper humidity all year round. In any event, having a third hide was not a big issue and it would give him more of a variety when he chose to hide.

I was pretty sure the substrate was not the problem for his burrowing. As it was the substrate that he was burrowing under. However, at the time he didn't have any other choices, with my not providing him with hides. One thing that must be avoided when it comes to the substates with corn snakes is sand. It's too abrasive on their skin. There are options to buy some good quality substrate like lignocel or aspen. A popular choice for this by many who are experienced with corn snakes is the Aspen Snake Bedding . It's one of the most popular brands available.

It was well worth the time and effort to go through all the possibilities of what may be causing my pet corn snake to burrow. It seems that the hides were the solution and the problem of burrowing by my pet corn snake and me has been solved. 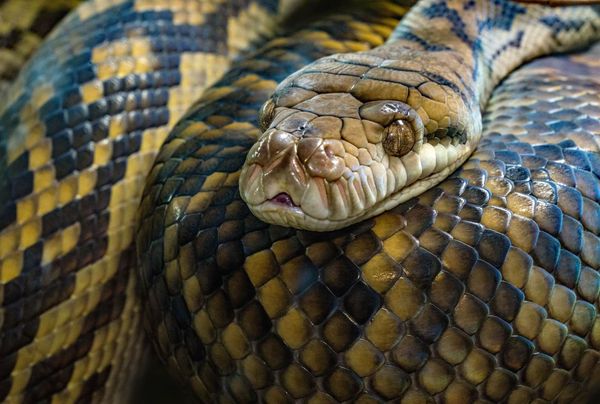 There are many reasons why my snake won't feed. For one, the reptile can fall sick, can be stressed, or the feeding environment may just not be appropriate. 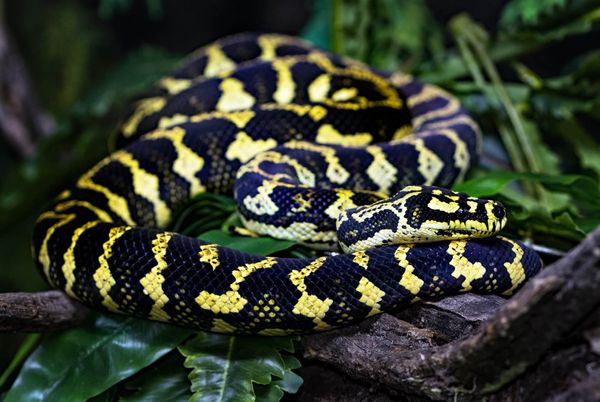 A hyperactive snake could be a sign of hunger, seeking a mate, shedding, or discomfort. You should understand your pet's feeding preferences and behaviors to get to the bottom of its behavior.