While most snakes are egg laying creatures, a rattlesnake is one of those few snakes which birth a live young. This young comes with fangs, venom, heat sensors, smell, and sight; in other words, baby rattlesnakes are born fully equipped to achieve their purpose in the world. The only thing they lack at birth is a rattle set, but that doesn't take long to develop as we will see later in this guide.

Caring for a rattlesnake has so much to borrow from caring for an adult rattlesnake. However, one thing you must know is that caring for rattlesnakes, whether young or adult, is not a thing for everyone, and the reason for this is simple: rattles are dangerous!

Rattlesnakes derive their name from rattles, which is a set of interlocking keratin rings. Wondering what the hell keratin is? Well, you have nails and hair. Those two are made from keratin as well. Defined, keratin is fibrous protein produced in the body of many animals (including humans), and it's the primary material that forms such things as feathers, hair, horns, talons, claws, and hooves. Dead cells? You may want to think of keratin from in perspective.

Now, all rattlesnakes have rattles at their tail end, but babies are not born with rattles. However, the rattles begin to appear immediately after the first skin shedding cycle, which usually occurs a couple of days after birth. Its these rattles which the snake uses to scare away its enemies. When a rattlesnake vibrates its tail, the rattles will hit against each other, producing a hissing sound. On hearing this unique sound, a predator won't move near the snake.

Now that you know what a rattlesnake is, let's shift our attention to baby rattlesnakes. In this guide, we'll be looking at how to care for these little reptiles and whether they can be good pets to have at home. We'll go the whole hog to uncover some notable differences between baby rattlesnakes and adult rattles. Without much ado, let's begin.

How to Take Care of Your Baby Rattlesnake

I must first of all admit that taking care of a baby rattlesnake is not a walk in the park. In fact, very few people in this world have the courage to keep this reptile in their homes. But if you're one of those hardcore guys who love adventure, then you should find it easy to care for your baby rattlesnake. That said and done, caring for baby rattlesnakes is just almost the same as caring for adult rattlesnakes. So, if you've experience taking care of the latter, then caring for babies should be something you can easily do without having to strain, as long as you put in mind the fact that babies can be a little bit more demanding, given that they eat more frequently, and they are quick to bite.

Ensure your baby rattlesnake is secure: Many people lack knowledge about snakes. As a matter of fact, some people think that every snake is dangerous or deadly. I just can't forget how my elder sister (she was 40 by then) ran and screamed upon seeing a garter snake in my father's yard. Thus, any snake, whether poisonous or not, can easily spark fear among people, when it's seen roaming around. As for a baby rattlesnake, it's born fully armed with poison, so if it manages to escape from its enclosure, the consequences can be far-reaching, especially if you have kids in your compound. To prevent the snake from escaping, ensure that you keep it in a well sealed cage. Yes, the cage must have holes for proper breathing, but the holes should be smaller than the baby snake itself so that the reptile doesn't see that as escape routes.

Feeding: The rule of thumb demands that you start small because your snake is only a baby, and it cannot swallow a whole rabbit. Try feeding your pet insects and small rodents, including small mice and small rats. Once you catch a prey, be sure to first kill it before offering it to your snake. Otherwise you might encourage a fight, which may leave your snake injured. Yes, your baby snake has what it takes to kill its prey, but must it go through the struggle? The answer is no. Once you offer the snake food, you can observe it just to ensure that everything goes well.

Hygiene: If you want to keep your baby rattle fit and healthy, then hygiene is something you cannot skip or overlook. Clean your snake's cage regularly, and replace any wet or dirty substrate. But how do you avoid being bitten by the snake during the cleaning time? You'll need what is known as a shiftbox, which is designed in such a way that it can be locked from the outer side. This serves as a temporary enclosure during such processes as cage cleaning, and it allows you to handle your snake without coming into direct contact with it. Just force your snake into the box and lock it up. Clean the snake's cage and take the snake back.

Plenty of space: Just because you have a baby rattlesnake doesn't mean you buy a small cage. Since your baby snake will be growing fast, it's advisable you invest in a well-sized cage so that you don't have to buy another cage once your snake turns one year old or so. There is nothing wrong with keeping your baby rattle in a cage meant for adults, since the snake will definitely grow to full maturity over time. This is the advice I have been giving to baby snake keepers who have asked me for advice on the size of enclosure to purchase for their pet. And while a cage designed for an adult rattlesnake may be pricier, it can be a one-time investment, which will serve your snake for as long as it lives.

Differences Between a Baby and Adult Rattlesnake

Who doesn't know that babies are always small than their parents? Now, that's obvious, and I would rather not go there. One of the most notable differences between a baby rattlesnake and an adult boils down to rattles. No rattlesnake is born with rattles. Adult rattlesnakes, on the other hand, have rattles. Someone told me that you can tell the age of a rattlesnake by simply counting the number of its rattles: each rattle represents a year. So, if babies are born without snakes, what are they born with? Rattlesnake babies arrive in the world with a pre-button, which disappears after the first skin shedding cycle, and it's replaced with a rattle. The first rattle takes a bout one week to appear.

Baby rattlesnakes tend to be somewhat reckless with their lives as you may sometimes find them in open places, where they can easily be attacked by predators. Adults, on the other hand, are in-tune with the surrounding, and will always avoid being in places where they can easily be seen. When it comes to eating, babies eat more frequently that adults. On average, and adult rattles eat at an interval of two weeks, while babies can go about one week between their meals.

Contrary to the general belief, babies release less venom than adults. However, don't get me wrong here. Baby rattles still have enough venom to cause serious harm.

A Baby Rattlesnake as a Pet

Rattlesnakes are venomous and very dangerous, and that explains why keeping them as pets is illegal in some countries/states. In Delaware, Kansas, and Arizona, for instance, rattlesnake pets are prohibited by law. Thus, the first thing to do even before you contemplate keeping a baby rattlesnake is to check what the statutes in your state say. After getting an all-clear regarding having a baby rattlesnake, you should then ask yourself whether you're ready to handle the violent nature of rattlers. One key to success is to take precautions, which include proper caging and avoiding touching the snake; rattles are not friends with humans or other pets. Additionally, you must be ready and willing to invest immensely in the housing, feeding (rodents), and hygiene of your pet.

Baby Rattlesnakes at a Glance

Baby rattlesnakes are venomous snakes, which bite at the slightest provocation. As such, keeping them is not something that anyone can do. For those hardy pet loves who see the dangerous nature of baby rattles as a non-issue, they can take the adventure. In that case, baby rattles can be good pets. But remember safety first! Yes, safety is the name of the game. 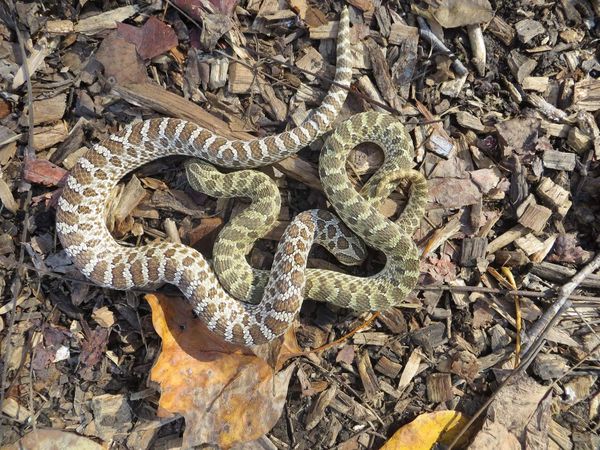 Typically, hognose snakes are timid, and they're most likely to hide when they see a predator; they rarely turn aggressive. They primarily eat amphibians, with toads being their favorite dish. 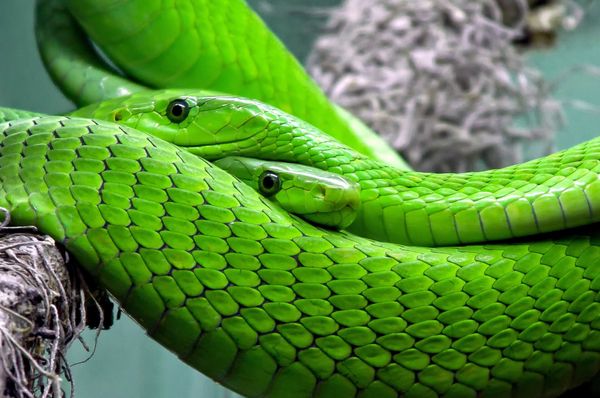 If you see a snake entering or coming out of a hole in your yard, that's the surest sign that it's a snake hole. If you haven't seen this sign, then it may not be a snake hole. Advice?