Irrespective of the copperhead subspecies, a baby copperhead has green or bright yellow lines on its tail. In terms of color, you will note that most copperhead babies are either reddish, light brown, or dark grey, and they have hourglass-like patterning.

While copperheads are venomous snakes, their bites have almost zero chances of causing death. Unless you're an infant or your immune system is compromised, you may not need an anti-venom if bitten by a copperhead. Want more info about baby copperheads? That's exactly what this guide is all about. Don't go away!

How Can You Know That It is a Baby Copperhead

More often, many people have been emailing and calling me to help them identify what they suspect to be a copperhead snake. Only about half of those suspects turn out to be positive. That's the extent to which people mistake copperhead snakes for other snake species, especially the northern water snake and the corn snake. This kind of misconception is not a healthy one. Snakes can be dangerous, and as such, they must be correctly identified so that people can know how exactly each one of them should be handled.

While copperhead babies resemble their adult versions in coloration and pattern, they have some distinct features which set them apart from their parents. The first feature that is unique to baby copperheads is a dark head at birth. Other identifiers to look out for include the following:

Where to Find Baby Copperheads

You will find baby copperheads in the same places and habitats where adult copperheads are found. North Carolina, Georgia, Missouri, and Texas are some of the states which are home to copperhead snakes. While copperheads prefer being in their natural habitat, which include forests or woods, some may find themselves in unnatural habitats, especially when they are trying to pursue a prey. The snakes like to rest or hide under rocks or logs, but they can also be up on trees.

Based on their geographic range, copperheads are subdivided into five subspecies, which include the two southwestern copperheads, as well as the following:

While adult copperheads can hit up to 4 ft long, most babies range between 8- to 10-inch long. Did you know that female copperheads are usually longer than males? Now you know. However, males beat females when it comes to the length of the tail. Amazing? Sure. And, a newly born copperhead may weigh as low as an ounce (some weigh less).

Copperheads are very interesting reptiles when it comes to habits. Yes, the snakes prefer hunting solo, but you may find them converging at a common den during hibernation. And that's not all as they rarely change their communal den. So, are they semi-social reptiles? Maybe that's the right way to describe them.

While copperheads will be active at night in the summer, they cease being nocturnal in the fall and spring. These snakes are not climbing experts, but you may find them on trees hunting. Yes, they have to get out of their comfort zone to find a catch; this is the nature of all animals though. Like many snakes, copperheads can also swim, and there is nothing awkward with them being in water sometimes.

When you come across any snake, the first thing you want to know is whether it's poisonous or not? Now, a copperhead is a poisonous snake, whether it's a baby or an adult. As a matter of fact, copperheads bear a live young; they don't lay eggs. The babies are born with venom, which help them in hunting. So, keep distance even if a baby copperhead is only a day old.

Will the bite kill you

One thing that is clear is that a copperhead's bite will not kill you. Copperheads are known to be venomous snakes with the least dangerous venom. In fact, you will be hardpressed to find an incident where someone died from a copperhead bite. However, we may not be immune to copperhead bite symptoms, which tend to be more pronounced in seniors and children. These symptoms include a tingling sensation, throbbing, nausea, and pain, which is usually extreme.

Depending on the amount of venom released into your body by the snake, the symptoms may range from mild to serious. Also, a copperhead may bite multiple time; the more the bites the more venom injected. And, adult copperheads may inject more venom that babies, for obvious reasons.

Even if you won't die from the bite, I don't advice taking the risk of not taking any remedial action. Instead, seek medical attention for the best solution. A doctor will determine the amount of venom in your system and will know how to resolve the situation. Thus, you will be praying that no much venom was injected into your body.

A copperhead will usually freeze and try to hide when it sees you. The snake boasts a camouflage coloration, which makes it almost impossible to see it in the woods. In most cases, the snake bites only after a physical contact, such as stepping on it. Thankfully, copperheads may first defend themselves with a dry bite, which doesn't involve any venom injection. But if you become too much for the snake, it will definitely unleash its most "lethal" venomous bite.

Baby copperheads begin hunting the very day they are born. With their stomachs empty, they have no time to waste. To get their prey, these snakes can either hide and pounce on the prey, or they can decide to go out of their way to hunt a prey. Being pit vipers, copperheads have pits which can effectively sense a heat source; this is in most cases a prey. Once the snake senses heat, it will move towards the heat source, and if it finds it to be a prey, it will be a celebration. Usually, the snake will bite the prey and inject venom, which will immobilize and kill the the prey. For small preys, the snake doesn't have to waste is precious venom. Instead, the copperhead will grip the prey with it's mouth until it succumbs.

All snakes don't chew food, and copperheads are not exempted in this respect. A prey is eaten whole. With their flexible jaws and super elastic oral muscles, copperheads find swallowing to be a no-brainer.

Baby copperheads, like their parents, are carnivores, and they eat a variety of preys. Anything from birds and frogs to lizards, rats, and mice will obviously make an excellent dish for these mammals. One thing I noticed about baby copperheads is that they don't punch above their weight when it comes to the size of the prey. The snake will usually try to eat what fits in its mouth.

Did you know that copperheads can eat only 10 times a year (if the food size is right)? Yes, that's very possible in the wild since preys may be difficult to find sometimes. Of course, babies will eat a little bit more times. But you don't have to subject your pet to this kind of torture, given that you can easily find food for it. If you're keeping a baby copperhead as a pet, feeding it twice or thrice a month won't do you any harm. Give your baby snake pinkies and other small rodents and you will have a healthy "friend" by your side. Also, save your baby snake from possible injuries by offering it a dead prey. Some people make the mistake of offering veges and fruits to their copperhead pets. Do not be one of them because that's not the right diet. It should not be lost on you that copperheads are carnivores. Yes, they are carnivores, I repeat.

Use forceps when presenting food to your snake. Being within its range could provoke a bite. Copperheads drink water, so you will need to provide a bowl of water for your pet. Ensure that the dish is cleaned and the water replaced regularly to deny bacteria any chances of life. Don't forget that your baby copperhead will also be soaking in the same water.

Baby copperheads don't go without illnesses or infection. For instance, if the snake is wrestling with a prey, injuries may occur, leading to infectious stomatitis, which is also known as mouth rot, in a simpler language. This can also be as a result of poor diet or poor hygiene standards in the snake's enclosure.

Another health issue that's likely to befall your baby copperhead is skin infection/inflammation. This is usually caused by too much moisture in the cage. Skin infection could tamper with your snake's shedding cycle. Its needless to mention that your snake may have parasites, which may be caused by protozoa, ticks, worms, and other parasite careers. Deworming is the solution for this kind of problem. The signs of a healthy copperhead pet include the following:

Can Copperheads be Good Pets

Copperheads are venomous, and they do bite. Nevertheless, they can make good pets for those people who know how to bring the best out of them. They are also not as demanding as other pet snakes. Just tame your kids (buy them a copperhead toy https://amzn.to/3dDUb8H) if they must interact with some form copperhead) and avoid being bitten; the rest will be a good experience. Below are some reasons why copperheads can make good pets:

Other than a few physical characteristics and food choice, baby copperheads have a lot of similarities with adult copperheads. And besides being not so popular thanks to their venomous nature, these snakes can be excellent pets to have around. If you're comfortable handling a venomous snake, then a copperhead surely deserves a whirl. Hopefully, you have learned a lot from this post. 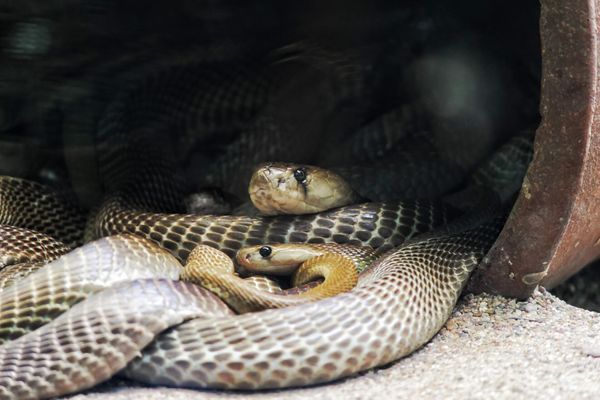 A baby snake's diet is not too far from what its parents eat, I must admit. In fact, baby snakes eat the same food as their parents, with the size of food being the most significant factor in this regard. 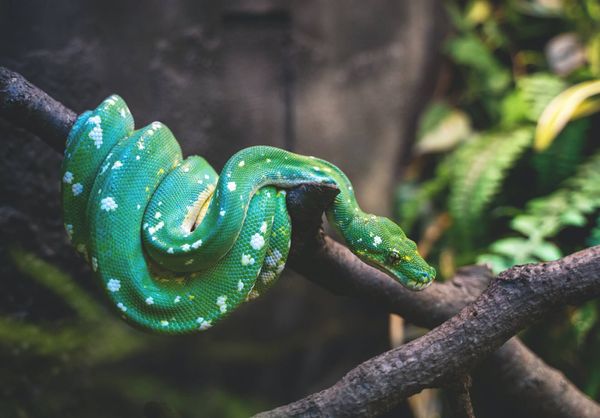 Believe it or not, every kind of snake pet housing has got its own advantages and disadvantages no matter how great it looks, and Zen Habitats and Vivariums are not exceptional.