When planning to get an animal as a pet, one of your primary concerns could be an odor. Naturally, snakes do not have a bad smell. However, certain circumstances can cause a snake to have an unpleasant odor. When your pet snake smells or begins to release a bad smell, it can get really uncomfortable. This can make you question, do snakes smell bad? What could cause a snake to release a terrible smell?

All animals have defense mechanisms. Some snakes, like the garter snake, releases a stench when provoked or threatened. When your snake smells, one, consider it's species and two, check whether something is scaring it. Such responses to disturbance do not stop even when the snake is a pet. Other times the snake's cage may be dirty and needs cleaning. Additionally, your snake could be ill, especially when it's scales are infected and begin to rot.

By the end of this piece, I will have helped you understand what causes a snake to smell. You will also learn what to do to try and make the situation bearable. You will want to read to the end for an extensive review.

Does My Snake Smell Bad?

When you bring pets home, you want to be sure it contributes to everyone's wellbeing even as you take care of it. Bad smells can be uncomfortable. Whenever you start smelling something unpleasant, you will want to find out where it's coming from. Could it be the snake?

Some snake species naturally produce a musty smell. On the other hand, most snakes release a stench when they feel threatened.

Most snakes are odorless. When you clean their enclosure regularly and are healthy, they do not smell. Moreover, when they do not sense danger, and it's not the mating season, you may not experience any unpleasant stench.

However, certain species like the garter snake and short-tailed python naturally have a strong smell. The Green Tree snake found in tropical areas is also notorious for producing quite a stink. Another culprit is the Whipsnake, which you can smell from quite a distance.

What Kind of Bad Smells do Snakes Produce?

There are various smells for different snake species. The situation that causes an odor from the snake's enclosure will also determine the kind of smell you experience.

Every snake species has two glands at their tail base called cloacal scent glands. They contain a foul-smelling liquid called musk. It's produced when the snake feels threatened. This liquid is very disgusting and will easily repel any animal or human nearby. Some snake species produce this liquid by spraying it forcefully over a long distance. Others coat themselves so that upon contact, the predator will flee.

In some occasions, snakes use it to mark their territory, especially when selecting a mate. The female snake emits the musk, and the males locate them. Female snakes may borrow musk from its male to chase away other males. Two species have the most pungent musk:

Snakes feed and get rid of undigested food as feces, like other animals. Their bodies break down organic compounds to produce uric acid. These waste products can cause bad smells around the snake if not removed regularly.

Scale rot can cause a snake to produce a decaying smell. It occurs when the snake's scale gets a bacterial infection characterized by the following signs:

Why Do Snakes Smell?

Nobody likes unpleasant smells, even if it's coming from your pet. Certain conditions will cause a foul smell to emanate from a snake's enclosure. They include:

It's essential to clean the snake's enclosure regularly. When snakes regurgitate food, and you do not clean it, after some time, it will start smelling. Cleaning depends on the number of times the animal defecates as well. Some species eat more often and tend to excrete after each meal.

You will most probably smell the stench during handling or as soon as you open the enclosure. If you notice this, first check the vivarium for excretions, leftover prey, or regurgitated food. Dirty water is another cause of an unclean environment, and many hosts don't realize this until it's too late.

If the snake cage has been dirty for a while, here are some of the ways you could clean and disinfect the environment:

After the environment is clean, you also need to clean the snake. Yes, bathing a snake can play a significant role in making things better for both of you. Here's how to go about it:

Snakes like the garter snake and king snake have a musky smell. If you get these species, then prepare to experience unpleasant smells regularly.

As earlier mentioned, the cloacal glands at the snake's tail secrete musk, which scares away predators. They may spray it at a predator or coat their skin with the musk.

A snake that lacks wellness will often smell bad. This might be caused by scale rot or other infections. When a snake's skin contracts a bacterial infection due to high humidity levels, an unclean cage, or high temperatures, it starts to stink. The odor is as bad as that of a rotting carcass.

Snakes with internal or external parasites may diarrhea in their vivarium. Such an occurrence can cause the area to have a bad smell as well. Moreover, they may regurgitate food, which usually resembles vomiting and smells horrible.

Female snakes use their cloacal glands to attract males. The musk emitted allows males to locate them for procreation. Other times, the female snakes use the musk to chase away some other males. Therefore, this occurs mostly in the wild or in a park where there are more snakes in one cage.

Snakes are territorial and will emit a foul smell to declare ownership over a particular space. The odor is usually so foul that it prevents any other animal from coming near or even eating prey with that stench.

How do Snakes Smell?

Snakes are fascinating animals. They climb trees without limbs and smell with both their noses and tongues. They have a specific organ at the roof of their mouths called the Jacobson organ that aids in smell. Their tongue grabs chemicals in their environment and then touches the Jacobson with their tongue, sending signals to their brains.

How to Get Rid of a Snake's Bad Smell

If you are barely getting by with a stinking snake, you probably need to do something about it soon. The following are some of the ways of getting rid of the bad smells:

Musk is a difficult smell to remove. The more water you put onto the cloth, the worse the smell gets. Scrubbing the clothes or area with washing soap and bleach won't get rid of the musk either.

You can use metal soap or a small amount of dishwashing liquid to get rid of the stench. Another kind of soap that works is lave soap which contains pumice. The presence of pumice is what makes the soap very effective.

Sometimes washing the cage with regular cleaning detergents may not get rid of the smell of uric acid. In such a case, dilute white vinegar in hot water and use it to clean the area. As for faeces, remove them from the surrounding place, and the smell will disappear immediately.

Most snakes rarely smell. However, when a snake produces a stench, there are many reasons to it. Knowing and understanding the various types of smells that snakes produce can help detect the cause and get rid of it. For musk, ensure that the snake is not threatened and feels safe in it's environment. Always ensure to clean the cage to get rid of urine smell, poop smell, and bacteria that can cause scales to rot. 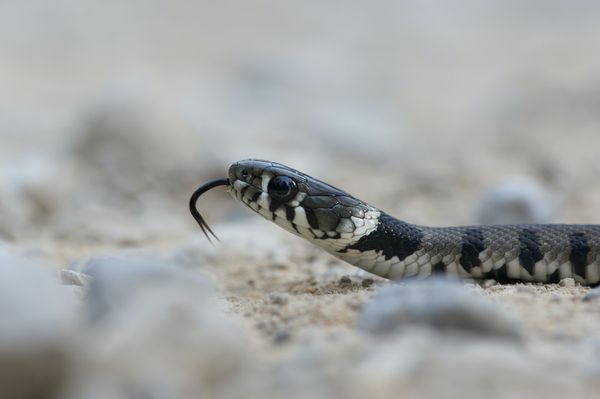 Generally, corn snakes live for about 6-8 years in the wild. It's a decent lifespan considering it doesn’t grow for more than 180cm. However, corn snakes living in captivity will have a longer life span and average expectancy of 15-20 years. 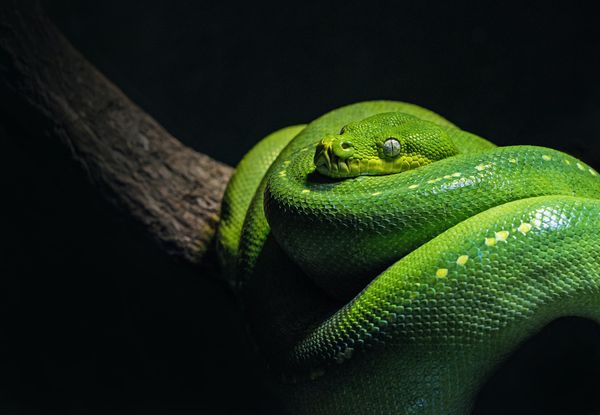 You might assume that since snakes rarely fall from trees and through an experience you might be right. Various studies show that snakes are careful creatures.