Black and white is always a good color combination, and the world of snakes has got its fair share in these two classic colors. Some of the most common black and white snakes include Black rat snake, Eastern garter snake, Southern black racer, Queen snake, Gopher snake, Coachwhip snake, Eastern Kingsnake, and California Kingsnake. I dedicate the next section to the details about some of these snakes, to help you better understand the topic of this post.

With a white body and a white chin and belly, the black rat snake perfectly falls under the category of black and white snakes. While the young ones of a black rat snake may be pale gray in color (with black blotch marks), they gradually turn dark with time. From the shores to the mountains of Chesapeake Bay watershed, this is where you will find most black rat snakes in abundance.

Black rat snakes are named so because they mainly eat rodents, including rats and mice. Hence, you will appreciate having a black rat snake around if you're a farmer and you don't want rodents around your crop. The preys will be caught and constricted before being eaten. However, in the absence of rodents, these snakes can also feast on young birds, lizards, frogs, and bird eggs. A black rat snake will typically freeze upon setting its eyes on you. That is because the snake is naturally shy.

Did you know that black rat snakes are nonvenomous? That means they are safe to keep as pets. They may bite if they have to, but the bite is not harmful at all. However, their first defensive option is usually to try and avoid any confrontation as much as they can. When it comes to climbing trees and walls, black rat snakes have mastered the art, and they can do it so effortlessly that you won't imagine they don't have legs.

Hawks, owls, and foxes are the main black rat snake predators. To scare away its predators and avoid being eaten up, the snake will usually coil its body and vibrate its tail in a bid to imitate a rattlesnake. If the predator ignores those cowardly acts and goes ahead to pick the snake, the snake will secrete musk whose strong foul smell may discourage the enemy.

Eastern garter snakes are dark snakes with three yellow or white stripes running down their back, and they are endemic to the eastern part of North America. Here, you find them in various different habitats, including hillsides, woodlands, marshes, and meadows. While an eastern garter snake can grow up to 49 inches longs, most of them have a length ranging between 18 - 26 inches.

Eastern garter snakes don't have venom; hence, they can be good pets as longs as the laws and regulations in your country provide for that. But they can be aggressive and will bite if you threaten them. Their food include toads, frogs, small fish, insects, millipedes, and earthworms, while their predators include bullfrogs, larger snakes, skunks, and hawks. The females give birth to a live young rather than lay eggs.

Although they bear a lot of similarities with black rat snakes, Southern black racers tend to be smaller, and they feature a lot more white marks on their black body than the former. They have a white chin and a gray belly. The Southern black racer is nonvenomous, although it can bite as a defense mechanism. If you're bitten by this snake, you will definitely feel pain, but there is nothing more serious than that.

A southern black racer is a constrictor snake which feasts on amphibians, such as toads and frogs, and it's also a bird, lizard, and rodent eater. Birds and small snakes are not spared either. The snakes are mostly in the United States' southeastern region, in a variety of habitats, including suburban yards, thickets, grasslands, and wooded areas. So, if you're around Florida and you meet a black and white snake, then it's likely to be a southern black racer.

As you can tell from it's name, a southern black racer is naturally a fast moving snake, and its speed proves to be an asset when it has to flee from a predator. For this snake, running four or so miles within an hour is not a big deal. It also knows how to climb and swim. The snake can also depict the behavior of a rattlesnake by vibrating its tail if it's in danger.

Queen snake is a black and white legless reptile that grows to a maximum of 2 feet in length, and it has a black body with one white stripe on both sides of the body. The belly is usually light colored (mostly yellowish). Depending on the region where the snake lives (queen snakes mainly occupy the midwestern and eastern parts of the US), it can also be olive, dark gray or brown colored, with white or yellow stripes. So, don't confuse it for another snake family. Queen snakes love to live near water bodies, and as such, aquatic lives are its favorite meals, including crayfish, tadpoles and fish. Queen snakes mate during spring, and females birth a young live, especially during the tail end of the summer. Five to 23 young ones can be birthed at a time.

Gopher snakes are western North American native snakes with black and white blotches throughout their body, but they can also be cream and brown in color. Their belly is usually yellowish or creamy. These snakes can be long, growing up to nine feet, and their scales are speckled; you may think it's a rattlesnake. However, they are not very far from rattlesnakes, in terms of behavior. For instance, a gopher snake will vibrate its tail, just like a rattlesnake does, to try and scare away it's enemy. It may also produce a loud hissing sound or flatten its head when in a dangerous situation. These behaviors are typical of rattlesnakes too. While gopher snakes lack venom, they can bite, and their bites are usually painful. So, the best thing to do if you encounter one is to retreat.

Want to see a gopher snake? You can see it primarily in semi-arid bushes, as well as deserts, conifer forests, and prairies. Mainly, the snake eats mammals, but eggs and birds also make a good dish. But how do gopher snakes deal with their prey? Simple, via constriction; hence, gopher snakes, like most large snakes, are constrictors.

Did you know that:

If you meet a snake with a black head and a white tail, then it's probably a coachwhip snake. It's even more likely to be a coachwhip if its in southern US, since that's where this family of snakes is mostly found. As you move from the tail, the color gradually darkens towards the head. Hence, the head is the darkest part, while the tail is the lightest part of a coachwhip, in terms of color, that is. The snake is nonvenomous, and it can be as long as eight feet. It boasts a scale pattern that looks like a braided whip; hence, the name coachwhip. This snake can ran so fast, and it's known for excellent vision, which is perhaps made possible by its large eyes. The habitats of coachwhips include prairies, coastal areas, old fields, open pine forests, and sandhills.

A coachwhip snake feeds on rodents, birds, snakes, lizards, frogs, toads, and insects. Rather than constrict its prey, a coachwhip snake prefers swallowing its prey alive. Primarily, coachwhips are terrestrials, but it's not surprising to find them on trees, since they are also good climbers. The snake can bite in defense, but you won't die from the bite. Like most snakes, female coachwhips lay eggs; they don't birth a live young.

Its body is black and so is the belly. On the back, there are thin white stripes. Its black belly has white patches. The snake has an average length of three feet, and it lacks venom. And the species is found in parts of western Appalachians, Northern Florida, Southern New Jersey, and Florida Peninsula. So what is it? It's Eastern King snake, and you guessed right. An Eastern king snake is immune to rattlesnake and copperhead venom, which means it can feast on these snakes. Other dishes include eggs, lizards, and rodents. The most preferred eastern king snake habitat are areas around water bodies. 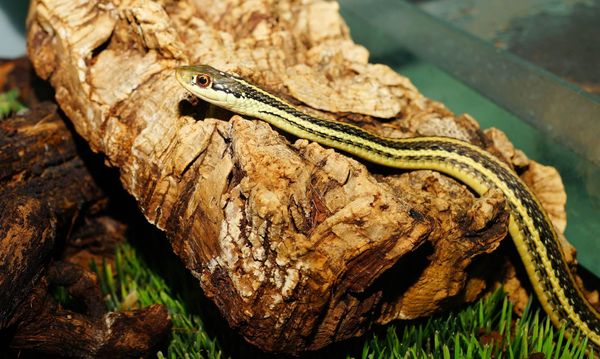 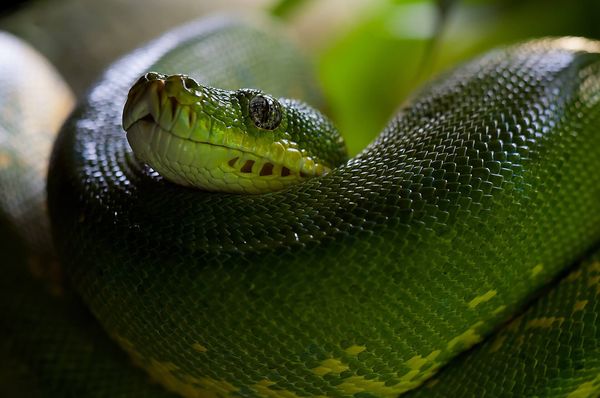 While not all snakes lay eggs, the majority of them actually do. In this guide, we're going to unearth and lay bare everything you need to know about snake eggs