As to whether there are snakes that are illegal to have, the simple answer is YES. That is because some snakes can be dangerous to the ecosystem. However, the illegality of snakes depends on your country of residence. That's because every country has got is own laws about snakes.

Approximately, the world is home to 2,500 snake species, with a plethora of these commonly kept as pets. Boa constrictors, ball pythons, corn snakes, garter snakes, rat snakes, and king snakes- name them- they are kept in most countries around the world. And what feels better than having a pet in your home? Keeping a snake pet will not only make you a better stress resister, but it can also make you stronger and smarter. You end up living longer- oh, yes!

Thus, if you have money, energy, and time to have these legless animals in your home, don't hold back your desire as the list of options to choose from is long, longer than that word. As long as you understand the needs of the specific snake species you want to keep (you could consult with a herpetologists on this one) and the law is on your side, you can reap the benefits of the presence of these legless animals in your compound.

Snake Species that are illegal to have as I did mention in the very first sentence of this writeup, not all snakes can legally be kept. However, the legal status of snakes vary from one country or state to another. For purposes of this discussion, we will be using the United States as a classic example of countries where it's illegal to own certain snake species. So, which snake species are banned in the most powerful nation on the face of the earth? Well, as of 2021, there are four snake species whose ownership in the US is prohibited. These include the yellow anaconda, the Southern African python, the Northern African python, and the Burmese python. And the ban was informed by some good reasons, with the need to protect ecologically sensitive areas being one of them. Let's have a detailed look at each of these snake species.

If you're a movie enthusiast, you must have heard of or even watched the famous Anaconda movie, which was released in 1997, and you should be having a clue of how dangerous the anaconda snake is. And while the movie involved the green anaconda rather than the yellow anaconda (which is the topic of discussions here), the the fact of the matter is that the yellow and green anacondas are close relatives, and anaconda is anaconda, after all. Thus, a mere mention of the name is sure to send shivers down our spines. Back to the gist: the yellow anaconda.

The yellow anaconda is a very large snake, with a length spanning about 3 meters. While it's not the largest snake in the world (the green anaconda is), it's size is still up there with the largest. The yellow anaconda doesn't have a good sense of hearing, but the snake can effortlessly pick up vibrations by use of it's jaws. The snake can be active whether in the day time or at night. In most cases, you will find yellow anacondas around aquatic areas; hence, they are sometimes referred to as Water boas. When the snake can't find it's food in the water, you will find it wandering on the land, trying to find another water body where it can catch a prey. Thus, it's not unusual to set eyes on the yellow anaconda on the land.

A yellow anaconda is typically a carnivore. Its preys cover eggs, fish, amphibians, other small reptiles, bird, and mammals, among other aquatic and semi-aquatic species. Mature yellow anacondas also tend to prey on peccaries, capybaras, and other larger preys. The eating habits of the yellow anaconda makes it one of the biggest threats to ecosystems; hence, the US government has every reason to ban the ownership of this giant snake. If abandoned in a sensitive ecosystem, they can send the area down the cliff. And while yellow anacondas tend to be timid, they will definitely pounce on you in defense of their life. That means your life is also threatened.

Southern African pythons tend to be found in lowland forests, moist savanna areas, and rocky outcrops. You will also find them in deep water pools, with their head above water. And while you may come across this snake basking in the day time, it's typically more active at night. Southern African pythons mostly prey on dassies, game birds, monkeys, antelopes, and other warm-blooded preys. It's no surprise to find them preying on small crocodiles as well. Yes, these snakes will rarely attack you, but your livestock will constantly be at risk. In the event of a bite, they will leave you with a serious injury thanks to their large, curved teeth, which can constrict with immense force.
That is why their ban in the US is actually in good faith. Who wants to lose their livestock? Who wants injuries? No one at all.

This is largest snake in Africa and can be as long as 25 feet. It is covered in yellow, brown, and olive blotches, and their head is triangular. While Northern African pythons can swim and even climb trees, you will mostly find them on the land. They tend to operate like a lone wolf (they are mostly solitary), but they will look for other pythons for breeding when they need to. Female Northern African pythons can lay as many eggs as 50 at once, meaning that the snake species can multiply and grow very first, in terms of population.

Before their ban in the US, the Northern African python was gaining a lot of ground in some of the states, including Miami and Florida, and they were posing a big threat not only to human life but also wildlife. In fact, the authorities in Florida pleaded with the public to help locate and remove the snakes from their ecosystem. Looking at how big these snakes can get and how dangerous they can be to life, their ban in the country is justified.

One of the largest snakes on the planet, Burmese python measures 6 to 9 feet long on average. However, some Burmese pythons can be longer than this length bracket. For instance, a Burmese snake of 18 feet long has been found in Florida in the past. Burmese snakes are tan colored and have dark blotches, which look like the giraffe markings, on the sides and back. The head has the shape of a pyramid.

Being semi-aquatic reptiles, Burmese snakes tend to spend most of their time in or around aquatic environments. The snakes also know how to climb trees, and that is why you may find them on trees sometimes. Naturally, Burmese pythons are docile, and that tells you why they are one of the most traded. However, the US government lists them as Injurious Species; hence, their importation and ownership in the country is illegal. If left uncontrolled, Burmese pythons can be very dangerous to the country's native wildlife. They feed on birds and mammals, including dogs and rats. Alligators are not spared either. Preying on these native species could reduce their population in the country. And the fact that Burmese pythons are a threat to endangered native species, such as Key Largo in the US, is even bad news.

In Florida, the authorities permit the public to kill Burmese pythons whenever they are found. And while you can obtain a permit to be in possession of any python in Florida for research, exhibition, and commercial purposes, it's completely illegal to have Burmese python in the name of a pet.

Caring for a garter snake involves quite a number of things. These include caging, feeding, breeding, lighting, and temperature control, among other care practices. You must get these practices right if you want to give your pet proper care. 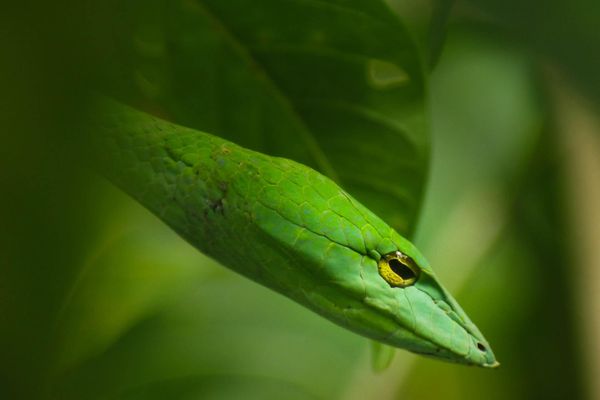 Do you want to visit Hawaii, but the possibility of being ambushed by the lethal legless reptile is holding you back? Are there snakes in Hawaii in the first place? Yes, there are.