Do you want to visit Hawaii, but the possibility of being ambushed by the lethal legless reptile is holding you back? Are there snakes in Hawaii in the first place? Yes, there are. However, there are slim-to-none chances of being attacked by snakes here. In the highly unlikely scenario that you come across one, there are high chances that the snake will either be blind, small, or harmless. What is more is that the snake will not be native to Hawaii; it came from somewhere else, just like you and I.

Let's take a moment to consider the location of Hawaii in the cosmos. Hawaii is up there with some of the most isolated archipelagos in the world. Hence, a snake has to cover thousands of miles across the waters to gain access to Hawaii. And this is not unique to snakes; even people, amphibians, insects, flowers, birds, and other animals have to beat this long journey to enter the island. One important thing to note is that the authorities in Hawaii have put in place stringent regulations to prevent snakes from being introduced on the island, thanks to its delicate ecosystem. In fact, being found with a snake on Hawaiian soil attracts a fine (up to $200,000) or imprisonment (up to three years), or both.

So, What Snakes Occupy the Hawaiian Island?Snakes in Hawaii exist as interlopers, which were imported by boats and planes. While some of these reptiles were brought over by nefarious people who wanted to make a buck out of them, some snakes hitched a ride.

Some of the snake species you're likely to encounter on your trip in Hawaii include the Yellow-Bellied Sea Snake, Brahminy Blind Snake, Brown Tree Snakes, Python, Corn, Gopher, and Rainbow Boa Constrictor snakes. Let's look at some of these.

Yellow Bellied Sea SnakeThe Yellow-Bellied Sea Snakes, as the name suggests, have a yellow belly. You'll mostly find them lurking around rocks in a bid to avoid predators and people. Typically, they shy away from biting, but if they do, they are highly poisonous due to the presence of neurotoxins in their venom.

Brahminy Blind SnakeMeasuring about 5 -15 centimeters long, this is the smallest snake not just in Hawaii but in the entire universe. It feeds on eggs, larvae, and pupae of terminates and ants. It is so tiny that you may mistake it for an earthworm. This snake species is believed to have been introduced in Hawaii back in the 1930s by visitors from the Philippines. It is one of the most harmless snakes you can ever come across.

PythonCharacterized by brown, diamond-like skin marks, the python is one of the most dangerous reptiles. It has a wider head, and it has backward-facing teeth for a tight grip on the prey. West-Central Africa is believed to be the original homeland of python.

Ideally, the only way for wild animals to get to Hawaii Island is by flying or swimming through the Pacific Ocean. This explains why the Yellow-Bellied Sea Snake found its way to the island. Also, snakes might get into the island through ships that port in the island from other countries.

Snakes are dangerous when they lack natural predators since they compete with animals for food and habitat. Snakes mostly prey on birds and their eggs; this makes them hazardous to Hawaii’s native birds and the larger ecosystem. For this reason, the Hawaiian government goes to great lengths to control what gets onto the island. 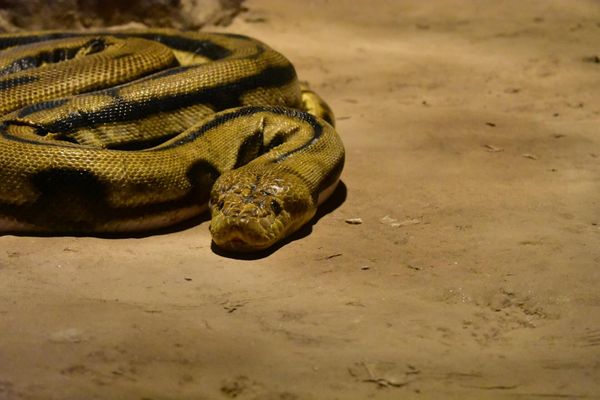 As to whether there are snakes that are illegal to have, the simple answer is YES. That is because some snakes can be dangerous to the ecosystem. 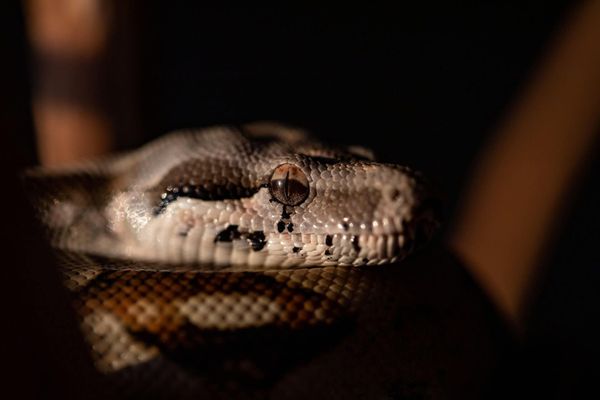 King snakes inhabit the Americas ranging from Canada to the southernmost parts of South America. They come in different species that vary both by color and size. The California king snake is typically two feet long but could grow to be as big as four feet.